Yay. God-the-MotherÂ is coming out more and more in various religions. The Mormons have always believed She existed, and a Heavenly Mother has been in their doctrine all along. But they have told their leaders not to preach sermons about Her (due to persecution, being called a “sex cult” back in the 1800s). Now that is changing. Pretty cool.

Mormons also believe Mary Magdalene was Jesus’ wife. My daughters love hanging out with Mormon friends, one whose parents have prominent paintings of Jesus and Magdalene on the wall. (Painted by Mormon artists).
Here’s a news article about the Heavenly Mother being increasingly mentioned by LDS (Mormon) leaders. It has an interesting Madonna-like picture of Her with a hidden face.
Â

God Has a Wife! (and Goddess has a husband) — as we’ve been saying here on this website since 1999. Here’s our 2006 God Has a Wife! slideshow for more images of Her… 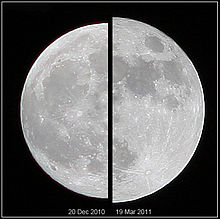 The moon is the closest it’s been in 69 years and thus is called a SUPER MOON. It actually appears larger, see image.

Be sure to get out, or at least sit by a window and experience her special light. Put some jewelry, talismans, prayer beads, knotted prayer rope or rosary in your windowsill to absorb the light of the super moon.

Also, soak your face in her light and ask, “Do you have a message for me?” Â For thousands of years people (and Magi, the “Jedi” of earth) have done that.
In the Holy Land the moon was viewed as male, but then so was the sun and everything but Venus. Very male-centric solar system in the eyes of our Middle-East forbears. The Norse also view the moon as male and this may be where we get our “man in the moon” concept, just as we get our weekday names from the Norse. The Norse believed the sun was female (a warm loving mother) and the moon her husband. In ancient Sumeria and what is now Iraq / Syria, the earth was a woman and the moon her husband. His name was Sin pronounced Seen, and we now have the Sinai peninsula and of course Mount Sinai named after her beloved.
Without the moon we would scoot around from north to south poles and agriculture would not survive due to unstable weather patterns, neither would we. We might even fly completely out of orbit. S/He stabilizes us. It’s pretty cool!
Absorb some of that magical and yet stabilizing energy this week…. especially Monday night when it is strongest. 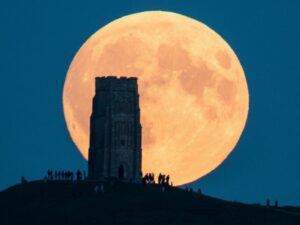 When you gaze at the Moon, know that hundreds of thousands of people are doing the same thing at that same moment. Know that some are fellow esotericists like yourself. Some will be putting things in their windowsills, especially silver is said to be nicely “charged up” by moonlight. I will be thinking of you all when I do my moon-work this week.
“See” you there!
Bishop Katia