Atheists are trying to stop clergy from being sent to crime scenes and accidents where they do grief counseling and help the victims deal with the tragedy or loss they’ve just endured. Â The authorities, police, etc. send the minister, rabbi or chaplain to the scene. Â But now the atheists say these dedicated ordained professionals are not doing anything, they are actually doing harm.

This article describes the atheist campaign to stop clergy.

…several of which have done crime scene counseling, terrorist scene counseling, etc. Â Alabama is one of the places in the country that will still send a priest, ordained minister, as a counselor. Â What a shame this practice is under attack now. Â I remember reading after the Boston bombing how clergy were kept back from the scene, even a Catholic priest who could have read the last rites to the Catholic little boy that died. Humans have three natures, the physical, mental and spiritual. Â It seems completely wrong to take every vestige of the spiritual out of public life and force it into private life only. Â They are forcing spirituality into the closet. Â Suppressing spirituality is Â just as dangerous as suppressing sexuality. 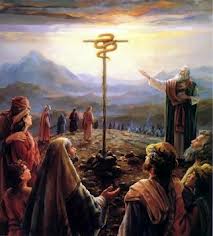 One of our Eternal Order of the Magi members, Kareena, wrote about Mages (aka Magi) in the Hebrew Bible. In a future assignment, I believe we ask members to write about New Testament magi, such as the famed Simon Magus…But here is her list of mages in the Old Testament.
Biblical MagesI decided to write on Biblical mages and blithely started googling. [Nothing came up]. Then I looked for Biblical prophets. [They turned out to be mages.] What I found often was pretty far out stuff…There seem to be two groups of prophets: those [with and without miracles]. ..those who proclaimed God’s words without associated miracles documented… In this group one might include Amos, maybe Isaiah, Samuel. And those prophets in which numerous records of miraculous feats appear such as Moses, Elijah, Elisha, Daniel, and Ezekiel.

One immediate truth stands out from the second group: they were close to God and doing His Will when they performed their magic. They grew in knowledge as they matured and seemed to grow in power. Their works were similar to what we know of some of the other mages of that time in Egypt and Babylon.

Some examples of their works are as follows: (From Easton’s Bible Dictionary)

Moses
He was educated in the Egyptian courts and may have been a skilled general in Egypt based on a history recorded by Josephus as stated in Easton’s Bible Dictionary. In Acts 7:22 it is stated : Moses was educated in all the learning of the Egyptians, and he was a man of power in words and deeds. Based on this passage, it is probable that he had at least basic training in magic. When he was 40, he fled Egypt and was in the home of a Midean priest for 40 years where one might suppose his education continued in not only religion but the magic powers. In Exodus we find numerous examples of his power: turning a staff into a serpent, turning water into blood, causing plagues in one part of the country but leaving a specific area alone, parting the Red Sea. Those same abilities were used to bring water, food and healing as the tribes roamed the desert heading toward Canaan during which journeys many other examples of magical powers are recorded. In at least one instance, he struck a rock to release water after God had told him to tell the rock to release its water (Num 20: 8-12). God was angry with him because of his striking the rock — but the water was released. I suggest this is an example that proves Moses was able to use the forces of the universe and did not simply depend on God to perform the miracle.
Elijah
He lived during the period 874BC to 852BC beginning during the reign of Ahab and continuing into that of Ahaziah. His works are written about in 1 Kings 17 through 2 Kings 2. He did numerous miraculous works such as providing flour and oil for a widow, bringing a widow’s son back to life, confronting the prophets of Baal and miraculously burning the sacrifice he prepared. He declared there would be draught in the land until he gave the word for rain to return and then produced rain from a small cloud to relieve the major draught. He was fed by ravens at one time and by an angel at another. He did not die but was translated into Heaven after bequeathing his power to Elisha. It is no where stated his educational background and where he learned to use the forces of the universe — was he born with natural talent, did he learn from priests, or was he instructed directly from God?Events Recorded for Elijah:
Prophecy re draught 1 Kings 17:1
Feeding by Ravens 1 Kings 17:4-7
Flour and oil for the widow 1 Kings 17: 9-16
Widows son: 1 Kings 17:17-24
Confrontation with the Prophets of Baal 1 Kings 18: 17-42
Rain from a small cloud seen by servant 1 Kings 18: 41-46
Fed by an angel 1 Kings 19: 5-9
The still small voice 1 Kings 19: 7-14
Fire from Heaven 2 Kings 1: 9-15
Elijah is translated 2 Kings 2: 1-11Elisha
Elisha worked from 852 to 872BC during reign of King Johoash. The Bible is clear that he was picked by Elijah and educated by him. Also it is stated that when Elijah was taken into heaven, Elisha received his power — but doubled. Elisha performs many miracles written about in 2 Kings.Events recorded for Elisha:
Water for army 2 Kings 3 : 16-20
Makes stew edible 2 Kings 4:38-42
Provides oil from a pitcher for a poor widow 2 Kings 4: 1-7
Shunnammite’s son brought back to life 2 Kings 4:23-37
Shows his servant the power of God 2 Kings 6:15-17
Feeds a hundred 2 Kings 4:42-44
Rebukes the children that insult him 2 Kings 2:23-25
His bones bring life 2 Kings 13: 20-21
Heals the waters of Jerico 2Kings 19:19-21
Heals a Syrian general 2 Kings 5:1-19
Attached leprosy to Gehazi 2 Kings 5:20-27
Makes an axe head float 2 Kings 6: 1-7
Defeats Syrian army 2 Kings 6: 8-23
Prophesies end of siege of Samaria 2 Kings 7:1-20
Predicts Syrian atrocities 2 Kings 8 7-15
Prophesies defeat of Syria 2 Kings 13:14-19Solomon
There are many references to Solomon being a great mage in the occult literature. Certainly he requested wisdom and received it from God and was renowned for his wisdom. In Wikipedia the sources for many of the legends surrounding him are discussed. Because of the fact that all that really remains is in the mythical literature, it is difficult to discern what is accurate and reveals him as a true mage and what is based on myths to explain his great power and wisdom. It is true that some of the legend comes from the Rabbinical literature such as his being given control over the angels and demons and able to have them do his bidding.
en.wikipedia.org/wiki/SolomonDaniel
In Daniel 2:48, it is stated that the king made him prefect over all the wisemen of Babylon. To have been placed in that position, he would have had to have been considered a mage. Daniel was captured as a young men by the Babylonians and educated along with some of his friends under the sponsorship of the king. Thus he would have received an education in all things magic taught at the time in the Babylonian kingdom. His major talent appears to have been in interpretation of dreams. But he also was able to know the dream that the king had without being told. Daniel 2. He became a very prominent administrator in Babylon. But there are also events recorded such as his displeasing the king and being thrown in with lions but not eaten saying that their mouths were closed by an angel of the Lord.In summary, obviously the three magi could be mentioned who brought gifts for Jesus and I am certain many other examples. However, I believe these examples show that some of God’s prophets, did possess knowledge of the occult sciences and God used their abilities to further his ends. And, at times, I suspect God sent in a little element of His own miracle making to supplement their efforts.References:
http://www.dabhand.org/Essays/OT511%20Elijah%20and%20Elisha.htmÂ (This paper compares and contrasts Elijah and Elisha).
http://gnosticteachings.org/the-teachings-of-gnosis/lectures-by-sam…
en.wikipedia.org/wiki/Solomon
New American Standard Bible.