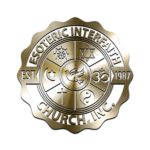 Below is a letter we received showing exactly why we founded this Seminary thirty years ago — to give people in need of spiritual services alternatives to mainstream clergy who tell them NO, we will NOT help you, you are not our denomination or, you are breaking our “rules”. Too many mainstream places of worship turn people away who are desperate for spiritual guidance, counseling or just basic spiritual services such as weddings & funerals.

Dear Seminary:
When my wife and I decided to marry we looked to have a ceremony outside of a Roman Catholic Church. This was not a decision we took lightly… Despite our efforts to have a Catholic Priest perform the wedding ceremony we were forced to look elsewhere. Both my wifeâ€™s and my families have several life long family friends who also happened to be priests, one of which has known me since birth, gave me my First Communion and performed my sisterâ€™s wedding. We approached each of them. In each case we were told they could not do it. Out of a fear of repercussions from the hierarchy of the church for performing a wedding ceremony outside an actual church. A very disturbing realization. Two adults reaching out for help were turned away for no other reason than the location of a ceremony and the fear of those being asked to perform it. My wife and I went on to meet with and hire an Interfaith Minister. Despite only meeting with us a handful of times she did an amazing job with our ceremony. Many of our guests commented on how personal and filled with love the ceremony was. 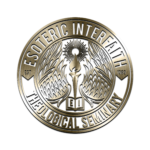 Several years later my mother passed away. I once again approached a lifelong family friend, a priest asked by my family to be the main celebrant of my motherâ€™s funeral mass. I asked to perform the eulogy at the end of the funeral mass. He said he would ask if it was possible. The next day I was told the parish pastor would not allow me to read the eulogy but I was welcome to stand next to the priest while he read it. I must say I was taken aback…this was a parish in which my mother and father had both dedicated a substantial amount of time and money. I have never seen such a blatant disregard to the pain of a grieving individual. I asked to read a one page heartfelt eulogy but instead was offered to stand next to someone else while they read it. In my eyes this was nothing more than an exploitation of power. This â€œpastorâ€ had it and I did not. It finally solidified my view of the Church as a powerful hierarchy of timid small minded men. I know that my view may not be fair and that there are many, many wonderful spirit filled people within the Catholic Church but the organization itself has abandoned itâ€™s followers. The power has negated much of the good.