You’ve heard of Christ-mas, but have you heard of Michael-mas? It is believed the angels come down today and feast with us.  All I know is, we are supposed to eat carrots for this holy day…

This is the feast day of St. Michael and all the Angels. It is the most ancient of all the angel festivals.

From fairly early on, Michaelmas was an important holiday, the religious or Christian equivalent of the autumn equinox. In England, it was considered the start of a new quarter. It marked the start of a new business year, a time for electing officials, making contracts, paying rent, hiring servants, holding court and starting school.

Obviously we still see the remnants of this in the timing of our elections and school year.

This is also a time when the weather is known to change. In Italy, they say “For St. Michael, heat goes into the heavens.” In Ireland, people expect a marked decrease in sickness or disease. The Irish also consider this a lucky day for fishing:

Plenty comes to the boat on Michael’s Day.

Barolini records a nursery rhyme about hours of sleep:

Michaelmas became the fixed date for the feast otherwise associated with Autumn Equinox or the harvest. As early as 1014, the laws of Ethelred in England prescribe a three day fast for all Christians before the feast. Servants weren’t allowed to work during these days. Michaelmas was a time when rents were due, and rents were often paid in food. The traditional rent for Michaelmas was a goose.

In Yorkshire, they use the condition of the meat of the goose to predict the weather:
If the goose breast at Michaelmas be dour and dull
We’ll have a sour winter, from the start to the full.

Fitzgibbon says the Irish used to stuff the goose with potato to cut the grease and absorb the flavor. This is like the traditional onion sauce served with goose in the 18th and 19th centuries and made from onions cooked in half milk and half water, with a slice of turnip, then mixed with butter, nutmeg, cream, salt and pepper and mashed. Apple sauce is the most common topping today.

In Italy, where this is clearly considered a harvest festival, they say “For St. Michael all the last fruits of the year are honeyed and ripe.”

Cosman says that it is traditional to eat ginger on Michaelmas. She mentions ginger ale, beer and wine, gingerbread, ginger snaps, fish baked with ginger and two ginger desserts: charwardon (made with large succulent wardon pears, cinnamon, nutmeg and ginger) and ginger caramels with curls of ginger-root shavings on top.

Michaelmas daisy is the name given to flowers of the aster family which bloom at this time. I’ve seen it applied mostly to purple asters but Barolini says she used to pick yellow Michaelmas daisies on the beaches near Rome. She also made a yellow sponge cake called “Margherita” (daisy) on that day.

Michael is a warrior angel often pictured poised with a sword over a dragon (or demon) that he tramples underfoot. Other times he rides a white steed, and carries a three-pronged spear in his right hand and a three-cornered shield in his left. He cast Lucifer and the other evil angels out of Paradise. Thus, in the Middle Ages was invoked as the patron of knights and warriors.

He’s been honored since ancient times as a protector. Most of his churches are on high places, for instance, Mont St. Michel in Brittany, the church on the tor at Glastonbury, the church on the tumulus at Carnac. They were often built on the sites where Lugh, the Celtic God of Light, was worshipped earlier.

Although all angels are sent as messengers from on high, Michael has a special task. He’s sent to fetch the souls of those who have died for judgement. For this reason he is also considered the patron saint of all trades that use scales which mean he looks after pastry chefs and weighers of grain.

My friend Carolee Colter translated this Litany of Saint Michael from the French prayer card she purchased while visiting Mont St Michel in Brittany:

For more information about St Michael, see the images and information at this website:  www.saintspreserved.com/michael.htm

Elegba: In the voodoo tradition, Michael is equated with Elegba, the messenger god. All ceremonies begin and end with petitions to Elegba, the god of the crossroads, whose shrine is behind the door.

For more on Michaelmas and the fascinating traditions that our foremothers and fathers kept on this day, visit these sites:

Sep 26 thru Oct 5 Navaratri, Hindu Festival of the Great Goddess
Huge holiday in India when Goddess destroys evil and restores cosmic order. Coincides with the end of the deadly rainy aka flood season, so you can see how this holiday made sense over the centuries — especially this year! The 2014 flood season in India and Pakistan was much worse and more deadly than normal.

Sep 27, Day of the Willows,
The Day of the Willow Trees, that beautiful feminine tree. Mesopotamian Festival of Astarte and / or Asherah.  Mesopotamia which is Iraq and Syria, surely could use their ancient Mother-God now. They have forgotten Her completely, and thus the rampant oppression, enslavement and murderous abuse of females is still taking place. They treat males they disagree with also murderously — another sign of having no Heavenly Mother. I heard that ISIL is so afraid of women that they run from them on the battlefield believing if killed by a woman, they will not go to heaven.  Mother God and the Daughters-of-God are in great need in Mesopotamia.

Sep 29, Michaelmas, one of the oldest Christo-pagan holy days

Sep 30, Feast day of Saint Sophia, mother of Faith, Hope & Charity, saintly version of Goddess of Wisdom. Alternative feastdays for her are August 15 or 17, see previous Calendar entries in our Holy Days section.

Oct 4 – St. Francis of Assisi Day, one of the most “pagan” and “alternative” of the Christian saints, he coined terms, “brother sun, sister moon”, and honored the covenant between humans and the animal kingdom. His mother was said to be a Cathar heretic who secretly practiced Catharism and may have taught it to him.

Yom Kippur is the last of the Ten Days of Awe in Hebrew lore. The first day is Rosh Hoshanah, the Jewish New Year, when the gates of heaven are said to be flung open allowing blessings to rain upon us for Ten Days, after which it goes shut again.

“May your name be written in the book of life,” is the greeting Jews use during the Ten Days of Awe because on Yom Kippur, the solemn day of atonement, the gates and the book go shut again.

What will “rain down on” you and yours during these High Holy Days? 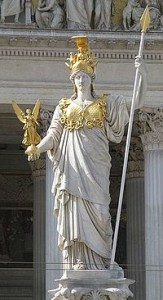 Sep 21, Nativity of Blessed Mary, Eastern Orthodox Church
Birthday of Athena, Greek Goddess of Wisdom also known as Sophia.  Both Athena and Sophia are goddesses of “Wisdom”, one Greek pagan, the other Judeo-Christian-Pagan.  Mother Mary was assigned their birthday which might be appropriate if she was not just an ordinary woman, but an incarnation of Goddess Sophia, come to the earth to birth a god-man.

In Catholicism both mainstream and “underground”, the Fall Equinox always begins the forty day All Hallows season, which culminates with Halloween, All Saints Day and then All Souls Day (Oct. 31, Nov. 1, Nov. 2 respectively).  This forty day period is one of four such in the esoteric Church year.  The other three forty day periods are:  Spring Equinox  (Mar 20 or 21) to May Day, Dec. 25 to Candlemas (Feb 1 or 2) and of course, Lent.  Lent is the forty day period beginning on Ash Wednesday and ending on Easter Sunday every year.

As we have done every year since 2002, please join Mystery School initiates and especially our Templar spiritual-warriors, in observing this day of remembrance.  All you need is a candle and a bell — or a glass with a spoon to substitute for the latter.
From our Mystery School’s holy days of the year calendar:

Strike a bell one time at the exact moment of 8:46 a.m. Eastern Time when the first plane hit Tower One, the North Tower in NYC.  If you don’t have a bell, you can strike a glass with a spoon.  The ringing sound — called a tolling — has long been used to remember souls of the dead.  You may also wish to toll at the following significant times (all Eastern Daylight Time):

Light a taper or small votive candle for each Sept 11 victim you knew by name, or knew of — such as a friend of a friend, distant acquaintance, or any victim you felt emotionally connected to such as someone from your home-town, alma mater, etc. You may also toll your bell for each name you know. If you didn’t know any of the victims by name, that’s fine, just perform the rest of the ritual as follows.

Next light a column candle to symbolize all the victims. If you have one of those fat round column candles, they serve as a good representation for all victims. Red is a good candle color for remembrance. Multi-wicked column candles are especially appropriate because they represent humanity or large groups of people.  The three-wick candles symbolize body, mind and soul, the three aspects of human beings.

After you light the candle or candles, hold each one up first toward New York City (where the first deaths occurred), then toward Washington DC, and finally toward southwestern Pennsylvania near the town of Shanksville.  You may need a map to help you determine which direction these places are from your specific geographic location.  Say in each direction, “Ignis Vitae Flagra In Aeturnum” or its English equivalent, “(May) this light-of-life burn in eternity.”  Then place the candle with reverence in a window or on your altar or other special spot.  Finish with a bell-tolling of three.  If you want to go deeper into remembrance, you can look up the list of over 3000 victims and recite their names.  Children of the victims did this recitation of names in 2002 and 2003, taking several hours to speak them all.

Keep in mind that in some places in the world today, as was done in Britain in 2003, there are groups celebrating September 11 as a sick kind of “defeat” or victory over the West.  They honor the 19 hijackers, calling them the “Magnificent 19,” praising them with huge rallies and celebrations while screaming promises of future attacks against Americans, British, Christian and Jewish peoples.

You may wish to contemplate the Dalai Lama’s advice to Americans on Sept 11, 2003 as follows:

The Tibetan Buddhist leader, who in 2003 came on a five-city, 20-day tour of the United States timed to coincide with the Sept. 11 anniversary, called on Americans to channel their lingering grief “into a source of inner strength.”

“Big, unthinkable tragedies happen,” he said. “Now, instead of keeping that and developing hatred or sense of revenge, instead of that, think long-term. The negative event, try to transform into a source of inner strength.” 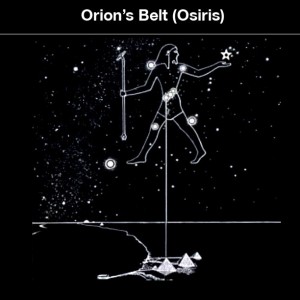 Sept 8 – Birthday of Virgin Mary & DESCENT OF THE HOLY SOPHIA The Descent of the Holy Sophia falls on September 8th. In the Roman calendar this day celebrates the Nativity of the Blessed Virgin Mary and prefigures the sacred birth of Jesus. In the Gnostic tradition, part of Sophia returns to the aeons, to her true home, and part of her being symbolically returns to the lower regions or to earth. She comes to earth to be with us, her children, to be our consolation and the inspiration of our love. By this image we have the promise that we are not left alone in our darkness but have Sophia’s abiding presence in our lives. (from:  http://www.gnosis.org/ecclesia/cal_mandala.htm )