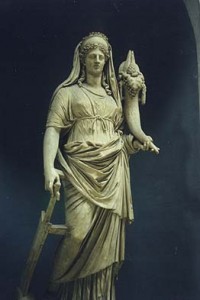 Aug 21 Greek Festival of Hecate – To protect the harvest.

Aug 24 Feast of Egyptian God Osiris – Partner and true love of Isis, and father of Horus; guide of all husbands, fathers, and judges.

Roman Festival of Goddess Ops – Lady of the Cornucopia, Bounty of the Harvest and Sustainer of Life.

Aug 27 Feast of Egyptian Goddess Isis – Partner and true love of Osiris, and mother of Horus; guide of all wives, mothers, healers, advocates, and teachers.

Aug 29  – Sep 11 Return of Isis – Egyptian festival marking the return to Egypt of Goddess Isis (as the star of Sept / Sirius) and God Osiris (as the rising Nile River).

Aug 12 – The Lights of Isis, Festival of the Egyptian Goddess Isis.

Aug 15 – Assumption Day – Christian feast commemorating Blessed Maria rising into Heaven, being crowned Queen of Heaven and Earth, and being transformed into Our Lady, the Paraclete (the Holy Spirit) who appears everywhere.

Aug 15 was originally THE ASSUMPTION OF THE HOLY SOPHIA, The Assumption of the Holy Sophia into the Pleroma is commemorated on August 15th. This correlates in the orthodox church with the bodily Assumption of the Virgin Mary, a recent addition to the Roman liturgical life. The ancient Gnostic scriptures tell of Sophia, the feminine aspect of the highest God, who wanders out of heaven and gets lost in the lower regions. By singing praises to the Light, she is rescued by the Savior and he aids her return to heaven by a mystery. In our psychological perspective, we are cast out of the Fullness of Being to become differentiated egos. By the mystery figure of the Logos we are able to individuate and return to the state of Wholeness. Thus Sophia’s plight is our own, and by her example we may be inspired to continue on our path. — From:  http://www.gnosis.org/ecclesia/cal_mandala.htm

“The story of Sophia is not just a philosophical conundrum or a moral tale. Sophia is the bringing back of the feminine image of the redeemed redeemer, which restores the hero in all of us. We all have within us, regardless of our gender, the potential to be noble knights in service to Our Lady Sophia; we are all, male or female, prepared as a bride to receive the Bridegroom, our true royal Selfhood, the Christ within.” — From The Assumption of Sophia by Rev. Steven Marshall from http://gnosis.org/ecclesia/homily_Assumption.htm

Aug 17 – Feast Day of Saint Sophia, the saintly version of the ancient Goddess Sophia, Wisdom in the Hebrew Bible (Old Testament). Other sources list her feast day as September 30, and as Aug 15 above. 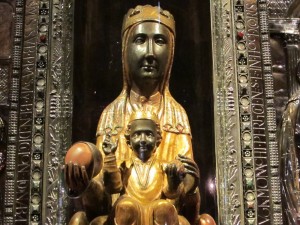 Aug 3 – Day of the Dryads – Greek celebration of the Macedonian maiden spirits of woods and water.

Aug 3 –  4  Feast of Old Greek Goddess Artemis (Roman Diana) – Defender of rights and liberties, and punisher of rapists and oppressors.