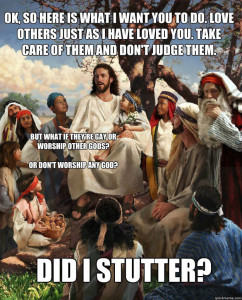 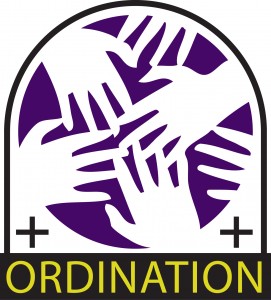 To become an ordained minister or rabbi via our Interfaith Seminary, all candidates must write their spiritual history. Many who apply for ordination are not sure how to write it, so we email them back and say just hit reply and type up the story of religion and spirituality in your life from childhood to present. Here is what one of our recently ordained ministers came up with.

I was born and raised into the Catholic faith. My earliest childhood memory is actually of a Sunday morning where my mom was explaining to me to be good at church. I asked her what church was and she described the way the church looked with its tall ceilings and columns and I remembered what she was talking about.

I went to Catholic school. There was a big difference between going to my family’s church on Sundays and the three days we’d go to church in a school week. Where Sundays were so warm and I loved the priest, school church was cold, boring and it seemed as if I was always in trouble with a nun for taking my eyes off the altar.

As I grew older, I had questions. Like how come the Bible says that God told us to put no other Gods before Him, yet we were praying to Jesus’ mother, step father and a whole buffet of saints.

When I stopped being afraid of the nuns I started demanding answers to questions like these. But the nuns at my school wouldn’t answer the hard questions. They would make you feel stupid in front of the class for asking.

My last straw with the nuns came when I refused to believe that wearing a scapula would automatically send you to heaven if you died while wearing one. My question to the nun that day was what if while Hitler was sleeping, someone slipped a scapula around his neck and then he died without knowing he was wearing it.

I caught her off guard and while I believe she should have had an answer, getting stumped by an eighth grader really made her angry. I was sent to the principal who was also a nun and again, no answers were given.

In high school we had one nun but she was a different order. Her advice to us in my religion class was to forget everything the Dominican nuns had taught us.

That made me mad. I had just spent 8 years duking it out with the nuns for nothing it seemed.

That’s when I started to question it all.

That’s when I started a slow and downward spiral into the life of Godlessness where I wound up eventually on drugs and sleeping with many women, stealing and none of it bothered me for a second because I had become an immoral and selfish person. All my Catholic education had taught me was how to ignore God.

Many years later I married a woman I thought I was destined to marry. We had a child together. I felt complete but something was missing. I filled that emptiness with drinking which led me to cheat on my wife. After she left me and took my precious daughter away, I sank to the lowest point of my life.

Through that darkness my mother kept in touch with me and kept saying things like, “Turn to God” which I laughed at. Hearing that kind of advice was ridiculous to me.

One morning I went for a walk. I was so depressed. I was sick with it. I was reviewing my life choices and I had just had enough.

I stood still and looked up into the sky and verbally asked God to take over. I told Him I was tired of screwing everything I ever did up. I begged Him to come and fix me. I started crying and begging and all these deep buried issues started to bubble up and I might have been babbling and choking through tears and sobs but after a few minutes, God showed up. I felt His presence.

God fixed me on the spot. I felt hope and had a knowledge that everything was going to be ok. I had been forgiven. God had just made me a brand new man.

That’s when I started to see all those times in my life that were the darkest, He was right there with me. God was always there, even though I had totally ignored Him, he never left my side.

I started going to a Baptist church near my house.

My wife came back.

I started reading the Bible.

I began seeking God more and more and my life just kept turning around.

I still attend a Baptist church, but I believe His love is bigger than even my church could understand.

I feel like they get hung up on social issues like homosexuality when adultery would be a better choice in a church full of straight people. Plus, in the Bible, Jesus explains the three type of men who don’t marry women.

A.) they’re born that way. (homosexuals)

B.) they’re made that way by others. (eunuchs who were castrated)

C.) they choose to live that way for the Kingdom of Heaven. (celibates)

I prayed for God to show me in the Bible where Jesus talked about gay people and I found that passage.

To me it’s plain and simple, where churches continue to drive people away with Old Testament lessons, Christ opened his arms to anyone that sought Him.

I know in my heart that God wants me to learn more and spread His message of love, and I intend to.

We were very happy to ordain him and he is now Rev. Crankshaw.