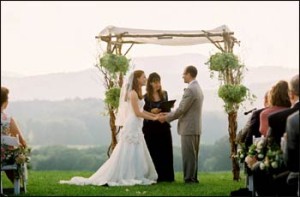 The Ordained Minister, Rabbi or Priest serve at the “altar” before the Divine, just like Angels do at heaven’s altar. Such clergy also help a couple getting married to connect, to uplink, with the Divine when they properly officiate their marriage / perform a wedding.

Judaism and Christianity both teach that altar servers, be they ordained as a minister or rabbi here on earth are counterparts to “the host of angels that attend to the Heavenly banquet.”

The Greek Bible (New Testament) shows us scenes of angels standing before the altar in heaven, holding a golden incense burner, officiating as a priest or minister. I wonder if angels ever officiate a wedding, perhaps a sacred marriage at the heavenly altar?

Clergy Can Perform a Wedding in a Special Way

An esoteric teaching regarding weddings is if the minister or Rabbi will perform the wedding just right, in accordance with their faith tradition’s mysteries both inner and outer, then the couple standing under the huppah (Judaism) or at the altar or before the clergy-person, are transported to the heavenly altar and the Divine enters into the marriage with them.

Couples want an Ordained Minister or Rabbi, not a secular officiant

This is of course the whole reason people want an ordained minister or Rabbi to perform their wedding in the first place and not just a civic authority, justice of the peace, or someone with no spiritual inclincation.  There is a spiritual element to a marriage, and the vast majority of couples worldwide know this instinctively and seek out clergy to help them connect with the Divine on their special day.

Become Ordained and Officiate Weddings in all 50 States

We have been ordaining ministers, Rabbis, priests and multi-faith interfaith clergy of all kinds for over 25 years. Our ordained clergy perform weddings nearly every day — at least somewhere in the USA.

The Esoteric Interfaith Church, Inc. and its earlier branch the unincorporated Metaphysical Interfaith Church have been ordaining ministers since 1987. But two years later the church also established a seminary to further train our ministers and alternative clergy and has been granting religious degrees ever since.

Today one of our degree candidates — who will also become an ordained minister at no extra cost — asked about the Ph.D. versus the Doctor of Divinity degree. She has studied the Barbara Brennan  healing system and is already working in the field as a spiritual healer. Of course she wants ordination as a minister in order to protect herself legally and be able to set and accept suggested donations for 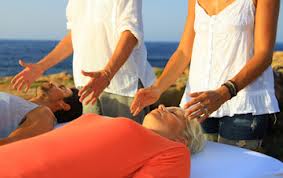 her pastoral counseling and spiritual healing practice. But she also wants a religious doctorate degree to reassure those in her circle and give her parishioners / members added peace of mind. The word “Doctor” in front of a spiritual healing minister’s name isn’t about prestige but about reassurance and confidence in the one who is serving humanity. She asked:

QUESTION: My intention is to teach workshops at bookstores, healing centers and workshop centers as well as  having my own “clients” in my spiritual ministry.  I also wish to reach Hospice Centers and Rehab Centers that are connected to the Hospitals.  Do you still think the Ph.D. in Metaphysics is more beneficial than the Doctor of Divinity degree?  Which religious degree is more ‘beneficial, accepted and known’ in mainstream hospitals and healing centers?

ANSWER:  Both degrees allow you to attach Dr. to the front of your name, but the PhD in Metaphysics also allows you to attach PhD to the end of your name. The PhD is known all over the world and is the most widely recognized and highest ranking doctorate degree compared to the Doctor of Divinity.  Some mainstream hospitals and healing centers might not understand what “Metaphysics” is, but they also won’t necessarily know what a doctorate in “Divinity” is.  If you were in the U.K., I’d tell you to go with the Doctor of Divinity because that degree is the highest pinnacle of education for the U.K. and Europe. But the Doctor of Divinity doesn’t mean healing to them, rather academic achievement. In your case, I keep leaning toward the PhD in Metaphysics for you because it is for religious philosophers, but also has to do with spiritual healing. The PhD in Metaphysics is the most common degree of choice for spiritual healers and actually allows the holder to call themselves a “metaphysician” and a “doctor”. Many like the term meta-physician meaning “beyond a physician”, or a different kind of healing, not “mere” physical healing. Some do hypnotherapy, Reiki, EFT and even NLP.

Of course our metaphysicians do not practice medicine without a license, we are only talking about spiritual healing here.   Even so, the words have power and are applied to all healers, all practitioners of body, mind and spirit healing modalities. We have conferred the PhD in Metaphysics on dozens of graduates over the years. 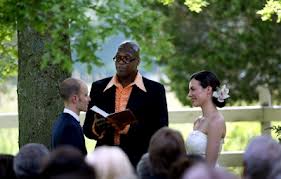 Perhaps the most common reason people come to us online for ordination is because they have been asked to perform a marriage.  A relative or close friend, even co-workers nowadays ask someone special in their lives to officiate their wedding. Now with the June wedding season approaching we are ordaining more ministers than usual. Some want to start their own pastoral counseling practice, others want to set up a wedding chapel, but most have been asked to perform a marriage. It used to be the bride and groom couldn’t pick a family member or best friend to officiate their big day. Couples had to find a member of the institutionalized clergy who was willing to marry them. Those were frustrating times, but they are over. Now in all 50 states any person asked to officiate a wedding can become an ordained minister or rabbi. Our non-denominational interfaith seminary ordains people for this reason all the time, about two per week. And ordination is quick and easy — only 3 steps. 1.  Fill out the online application here. 2.  Write a one or two page spiritual history (email format is fine) telling the story of religion and spirituality (they are different) in  your life from childhood to present. 3.  Pay the one-time tuition of $150. There are no annual renewal fees of any kind, ordination is good for your lifetime. (Once you submit the application you will be directed to a PayPal tuition page). All the requirements and minister / rabbi title choices on our Ordination Requirements Page. For legal FAQ’s see here. Some counties and cities require extra paperwork before you can officiate a marriage in their jurisdiction but we help you will all of that.  Our ministers and clergy are officiating weddings all the time in all 50 states. We help ministers with the paperwork so they can perform marriages even inside picky New York City and the very jump-thru-hoops state of Virginia. Ohio, Wisconsin, Nevada and Hawaii just to name a few require extra paperwork and it’s no problem. We have even done it on the fly for someone about to officiate a wedding the very next day.  One time we even had to scan and email the Certificate of Ordination to the new minister in California because the wedding was the next morning and FedEx wouldn’t make it! After the ordination we will even help you fill out the marriage license.  The bride and groom will get the license and bring it to you on the wedding day. You simply fill out the minister portion on the license where it asks who you are ordained by, your minister title, etc.  We help you with all that. Recently we helped a minister fill out the marriage license by using cellphone pictures and text messages! Used to be “in the old days” the minister would call us, then it went to faxing questions, followed by emails and now we can even help you out by texting! If you have any questions feel free to ask below or send us an email at seminary at northernway.org