Longest day of the year, a day most chosen to get married. This is the holy day opposite earth’s orbit from Christmas, the solar “birth” holidays. Luckily this is not a solar “death” holiday, although some in the “Dark Side” of the spiritual world do think of this day as a “death of god” day, the idiots. Never will understand the hardcore darkside — as if they would survive if the sun didn’t?!

Look at all the Goddesses connected to the Summer Solstice holiday. Some of them are from homelands in the news today. Iraq is certainly in the news currently, as is Syria. We have Ishtar, the Babylonian and Syrian goddess who gave her name to Easter, and whose birthday is considered Summer Solstice.  Brazil and the World Cup are also in the news, and is represented by Yemaya, the Brazilian goddess honored on Summer Solstice.

Scroll on down to see the ancient Egyptian holiday, Roman holiday (this was Hera’s Day!), and even Native American, ancient Hindu, and Druid holidays. This is quite a day worldwide and has been for millennia.

June 21:  Summer Solstice (Click for more info on this ancient holiday)  Here are all the deities — many Sacred Feminine ones — connected to this holy day through the ages.

– Day of Cerridwen and her Cauldron (English/Welsh)

– Day of Aine of Knockaine (Irish)

See also notes here about June Solstice holidays, including the other days coming after it.

June 23: Celtic Day of the Green Man – In honor of Herne, Cernernos, Lugh.

June 24:  TEMPLAR HOLY DAY. In the Roman calendar this day was thought to be Summer Solstice.  The Church renamed this pagan holiday to St. John the Baptist Day. Templars revered it highly.  On Jun 24, 1314 a mysterious band of knights joined Robert the Bruce of Scotland on the battlefield making his victory at Bannockburn possible.  These knights could only have been the a troop of disbanded and now in-hiding Templars who had fled to western Scotland.  St. John’s day was used by Freemasons in 1717 to found the first public (non-Scottish) Order of Freemasonry in London.  Masonic teachings are said to descend from the esoteric Christianity of Templarism.  St. John the Baptizer was beheaded because he wouldn’t give in and sacrifice his principles.  This is a Templar ideal, as is the constancy and regularity — order out of chaos — of the solstices and equinoxes.  So for both reasons, Christian and “pagan,” we observe this day. See also notes here.

– Feast of St. John the Baptist

– Burning of the Lamps at Sais (Egyptian)

– Birthday of the Muses (Greek). Music, the arts & inspiration “born”

June 16 – Night of the Teardrop (Egyptian)

–  Marriage of Orpheus and Eurydike (Greek)

Today is Friday the 13th AND a full moon, both.  Double whammy for the “superstitious” people out there (and in here!).

Also, they just said on the news that a huge solar flare left the sun early this morning and will hit earth with an energy wave that could “disrupt” cellphone service today. 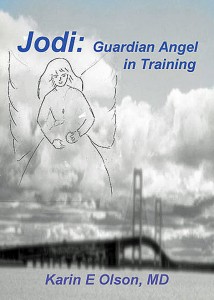 Alternative, Suppressed and otherwise Forgotten  Holidays for the first week of June

Month of Juno – Dedicated to Roman Goddess Juno, partner of Jove (God of Happiness), protector of marriage and family.

Movable Holiday:  sometimes in May, sometimes in June. I really like the esoteric meaning of Pentecost and not just because I had a baby on that day long ago… The Sacred Marriage Holiday is awesome too since June in marriage month worldwide — many choose June for their wedding month, which makes sense since Juno is the Goddess of Marriage. To esotericists the Sacred Marriage also has to do with a Heavenly Mother marrying a Heavenly Father, be it God and Mother-God aka Yahweh and Havah / Asherah / Sophia, El and Elat, or Jove and Juno.  The ancients knew about and celebrated the Sacred Marriage aka the Hieros Gamos. Read more here : Shavuot/Feast of First Fruits, Pentecost, Sacred Marriage holiday